The importance of periodontal health to general health

The mouth serves as a gateway to the body. There is a connection between oral health and general health. Our mouth can tell us whether we’re at risk for developing chronic inflammatory health conditions, such as cardiovascular disease and diabetes.

More than 300 different kinds of bacteria live in the mouth. While some bacteria are beneficial and help protect us from disease, other bacteria can cause infection in the gum tissue that leads to inflammation and over time to gingivitis which, if left untreated, progresses to periodontal disease.

Most people aren’t aware that they have gum disease. In the early stages, gum disease is painless. It begins as gingivitis, which is characterized by bleeding gums when you brush and floss. “There is no such thing as normal bleeding in the mouth,” said Dr. Edward Segal, a periodontist in Northbrook and past president of the Illinois State Dental Society.

As the disease progresses, it’s known as periodontal disease, and is characterized by inflammation of the gum tissue, presence of disease-causing bacteria and infection below the gum line. Signs of periodontal disease include bad breath, puffy or receding gums, loose teeth, pockets of pus between teeth and gums and changes in bite.

“Periodontal disease is a root cause for heart attack and stroke,” said Dr. Craig Backs of Springfield, who operates the Center for Prevention of Heart Attack and Stroke. Recent research shows that people with periodontal disease have triple the risk of heart disease and stroke.

Periodontal disease is an inflammatory condition. As the disease progresses, it triggers an immune response in the body. To fight it the body produces cytokines, which are proteins made by our immune system that act as chemical messengers. This inflammatory response can exacerbate chronic inflammatory diseases in other parts of the body.

When oral bacteria enters the bloodstream, it travels throughout the body and can attach to the fatty plaque inside the coronary arteries, causing inflammation in the wall of the artery. The inflammation further causes plaque to build up inside the arterial wall, leading to a condition called atheroscelerosis, or hardening of the arteries, that can lead to blockage and eventually a heart attack.

“It’s a cascading event,” said Backs. “It’s important to detect the disease early to avoid consequences.” Treating and preventing periodontal disease can lower the risk of heart attack and stroke.

This occurs for a variety of reasons. First, diabetes sufferers are more prone to infections, and diabetes reduces the body’s resistance to infection. Second, periodontal disease elevates blood sugar levels in the body. Diabetics with periodontitis are more likely to suffer from high blood sugar levels, making it difficult to keep their blood sugar under control. Lastly, high glucose levels promote the growth of gum disease-causing bacteria.

“When these patients undergo treatment for their periodontal disease, their diabetes status significantly improves,” said Backs.

The challenge for the most part, however, is getting medical practitioners and the dental community to work together. “They need to share information and collaborate on patient care,” said Backs, who is working to build relationships within the dental community. Both sides need to recognize the role that oral health plays and work together to improve patient outcomes.

In the meantime, people need to raise their level of personal dental hygiene by brushing, flossing and making regular visits to their dentist. By taking preventative measures, you can reverse your risk of developing these diseases.

“Taking care of yourself is the best you can do for the ones that you love,” said Backs.

Roberta Codemo is a freelance health journalist. She opened Codemo Writing Services in 2012. A Springfield resident, she can be reached at codemowritingservices@gmail.com. 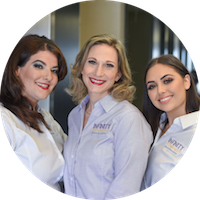